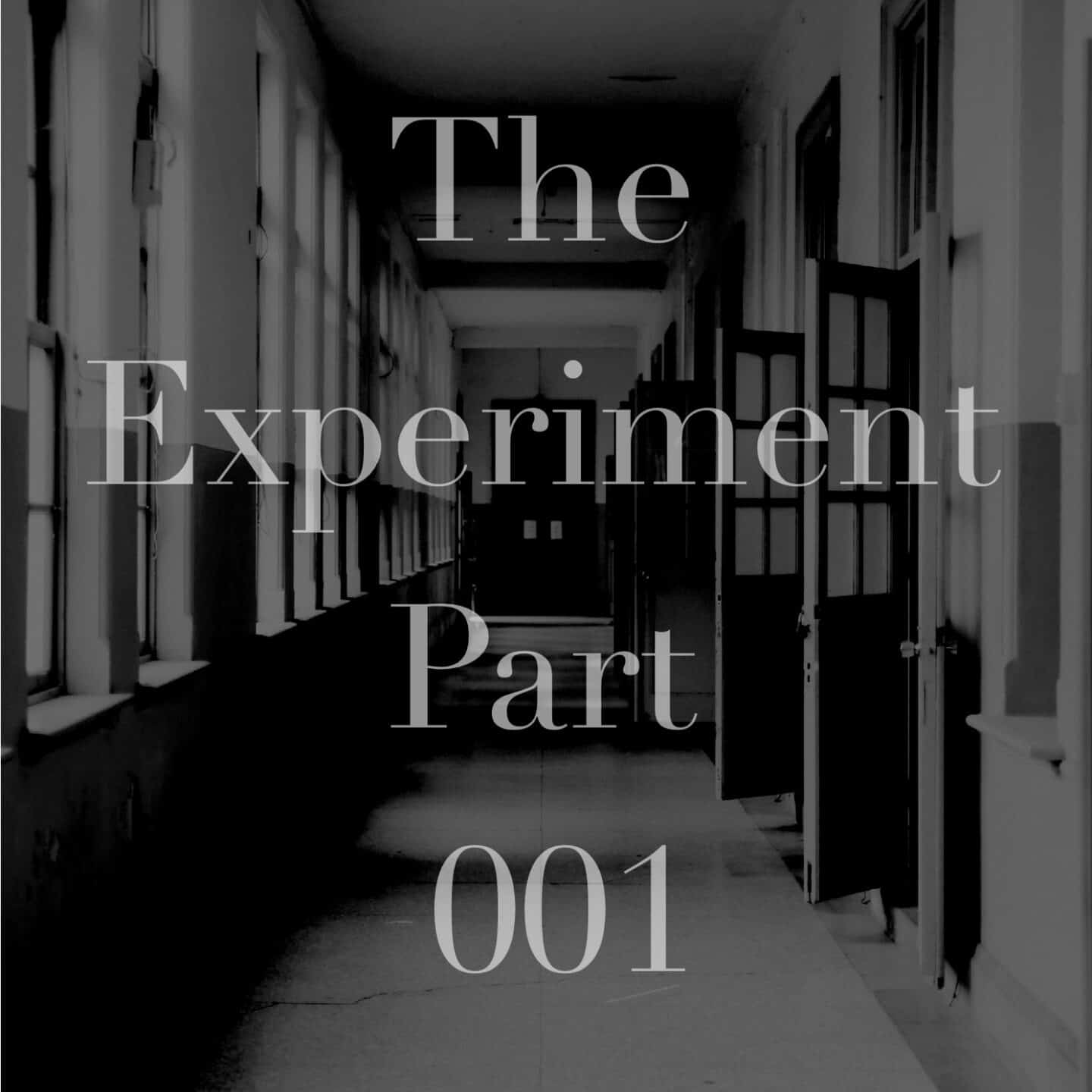 ‘Am I really doing this?’ Shona thought as she stared at herself in the rearview mirror of her car. After an hour’s drive, she had arrived at the abandoned school. It should only have taken her thirty minutes but being new to the town she’d taken several wrong turns.

‘This stupid assignment.’ Was all she could think as she got out and slammed the car door. The urban legend of the Juniper High Killer was, apparently, a long embedded ghost story the small town had fostered for decades. Being from out of town, Shona hadn’t heard of it until she’d arrived at the local newspaper.

The editor of the paper had only agreed to see her as a favour to Shona’s grandfather, who was a childhood friend. She’d known this but was determined to make the most of the situation, but when he’d given her the ‘urban legend’ story, she knew she was being tested, or humiliated.

Regardless she was going to prove her worth, even if it meant breaking into the school which had been closed for the last 16 years. After jumping the chainlink fence that surrounded the building, she circled the school, taking photos of its peeling paint and faded colours from the camera that hung over her neck.

She spotted a broken window she could squeeze through and poked out a few shards of glass that protruded along its ledge before dropping her shoulder bag inside. ‘Here goes nothing.’

Halfway through the window, she caught her hand on a shard that she’d missed. The pain stung her palm as she pulled it away sharply, drops of blood painting the glass red. Damnit! She stumbled into the room which looked like it had been a biology lab, the high tables and gas taps arranged in lines. A thin layer of dust had wisped up as she got to her feet. Looking at her palm, she pulled the remains of a glass splinter out, then pulled a tissue from her shoulder bag to hold against it.

After a moment of examining the wound, happy it wasn’t too deep, she put the bag back on her shoulder and pulled a dictaphone out.

“Juniper High School was shaken in the early sixties by the horrific killings of seven girls over a half year period. Each girl was found with their stomachs cut open in the woodland area surrounding the school,” Shona spoke into the dictaphone as she walked out into the corridor of the school. She wanted to record all her thoughts whilst she was in the building to capture the emotion.

Pausing for a moment she took photos of the lockers that lined the wall, some were open with magazine cuttings still inside. ‘Was this place closed or abandoned midterm?’ She asked herself, the school looked like it had been frozen in time.

She moved down the corridor towards the girls changing room, stopping to peer into the classrooms she passed by. They all looked like they were ready for a class, only the dust layers and sun-bleached papers showing their abandonment.

“The killings were found to have been the work of the school’s janitor, Howard Smythe after clothing left at one of the murder sites tracked back to him,” she continued. ‘Before he was taken into custody, Smythe was found hanging by the neck in the girls changing rooms. The local coroner pronounced him dead by suicide.’ Shona stood outside the girls changing room door, a small strip of white tape ran along the frame sealing it closed.

‘Why seal the door?’ She wondered, taking a photo before using a penknife from her bag to slice the tape. Before opening the door, she clicked the dictaphone back to record.

“According to the urban legend, however, Symth’s reign of terror didn’t end with his death. The spirit of Howard Smythe is said to haunt Juniper High, with twelve more deaths being attributed to the killer,” Shona pushed the door open and walked inside.

She coughed as the dust in the sealed room entered her lungs, and the smell of the damp wood and rusted lockers filled her nostrils.

“The legend states that the Juniper High Killer is summoned by saying his name into the mirrors in the female changing rooms, a classic if stereotypical cliche of urban legends,” Shona said critically, half-convinced she was subconsciously trying to dispel the eerie feeling of the room.

The locker room was typical of any high school, with large lockers and benches arranged in rows, and Shona could just see bathroom and shower areas further ahead. A build-up of grime blocked the light from several small windows high on the walls, with only a couple of beams of light illuminating the dust Shona kicked up as she walked.

“The incantation, typical of the urban legends, is said to work if repeated three times while looking into the central mirror in the bathroom,” Shona walked towards the area she was describing. “The toilet cubicle directly opposite the central mirror was the one where the body of Smythee was found hanging, the rope tied to the pipework above.”

Shona stood looking into the toilet area, to her left were the sinks and mirrors, the five toilet cubicles to her right.

‘How can I make this piece stand out?’ She asked herself as she took several more photos of the bathroom, the flash on the camera, helping to cut through the dingy lighting. ‘This is just a junk piece to keep me occupied.’

She walked to the central cubicle and took a photo of the inside, though it wasn’t much to look at. Turning, she caught her reflection in the mirror opposite, a thought crossed her mind.

“Don’t be stupid Sho,” she said to herself as she walked to the mirror. Taking another picture, the flash reflecting in the mirrored glass blinded her for a moment. Rubbing her eyes to get rid of the stars, she stumbled on a brick that had apparently fallen from the ceiling. Hitting the floor, she checked her camera immediately for damage, luckily it appeared unharmed though the stars still obscured some of her vision. The cut on her palm had begun weeping again, however, and the dust from the ground was mixing with blood.

‘Idiot!’ She cursed herself and got to her feet. Moving to a sink, she tested the taps, doubting they would still work. A loud clanking sound echoed around the room until, surprisingly, a small trickle of water began to flow.

Shona put her hand under the flow and rinsed the dust and dirt out of the cut, before drying it on another tissue. Looking up, she saw herself in the mirror. ‘What a mess!’ The bobble that held her long brown hair had loosened in the fall and smears of dust-covered her skin. She splashed some water over her face.

Glancing again she realised she was at the middle sink, in the reflection she saw the cubical Howard Smythe had hung himself. Somehow in the reflection, it seemed different, as though it wasn’t covered in dust. She looked behind her, there was definitely a visual difference due perhaps to a trick of the light.

Looking back at the mirror, she caught her own eye, almost daring herself to say the words. ‘It’s not like it’s real.’ She laughed to herself.

“Howard Smythe,” she said, holding her gaze, a smile sneaking onto the corners of her mouth.

“Howard Smythe,” her eyes glanced past her reflection at the cubicle.

“Howard Smythe!” She watched the reflection, her eyes darting to see if anything changed. She didn’t see it at first, but when Shona looked in the mirror a second time, the glass rippled as if made out of water.

‘What the hell?’ She thought, trying to make out what was happening to the glass. The reflection of the cubical shimmered. She squinted, it looked like there was something there, a figure.

She spun on the spot to look directly at the cubical, there was no figure there. Instead, a rope hung from the pipework above, an empty noose swinging gently at its end.

What Should Shona Do Next?

The results of the public vote was:

“What the hell is that? I should check it out, it could be the hook I need for this story!”

For more by Nik Whittaker click the image below!